Ebenezer had vision of an ideal city, he explained them with three magnets.

Town and city – Best of both worlds, ideal city.

They started following this ideology in Letchworth, they had pub with no beer so they wouldn’t have any drunks, factories were airy, well ventilated and beautiful. This was inspired after Hieronymus Bosch triptych of Adam and Eve in their earthly paradise, he was trying to design Utopia where they would have an idealistic place o live and a perfect society. Around this time houses were lower than street level, as they threw sewage out side windows the street level gradually increased, this meant that the sewage would pour back into the houses during the industrial revolution.

Principle one: a balance with nature

Principle two: a balance with tradition

A balance with nature This is a house called ‘Falling water’ which was designed by Frank Lloyd Wright, I’m not sure if this is a good example of balancing architecture with nature, it doesn’t blend into it’s environment very well, and i’m sure it’s a big tourist attraction, this wouldn’t benefit the nature around it.

This is a wood hut in woodlands, this doesn’t touch the floor so it’s said to benefit the ground, but people would still walk around the hut and disrupt nature, takes a home for a home.

Roof gardens are a good example of how we’re trying to balance nature with architecture, here we see two examples, one is where artificial wild flowers have been used to make it look brighter and greener, the disadvantage to this is that some flowers don’t adapt well to the change and often die. The second example all though it looks dull, it’s the ground which they dug up from the construction of the building but this is more beneficial as nature will be accepting of this change as it’s familiar.

This is a classic 1950’s deign, here we can see how contemporary houses have been used to replicate the old by using cladding and replicating the scale to create the style.

Hoses with straw bodies are becoming more popular as they’re fire resistant, sustainable and it’s a viable way of building.

CHP- (Combined Heat and Power) was mentioned in class and I think it will benefit my research for my summative assessment regarding what we can use to produce electricity instead of nuclear power. This is a website I discovered, I will look back on it for my research. 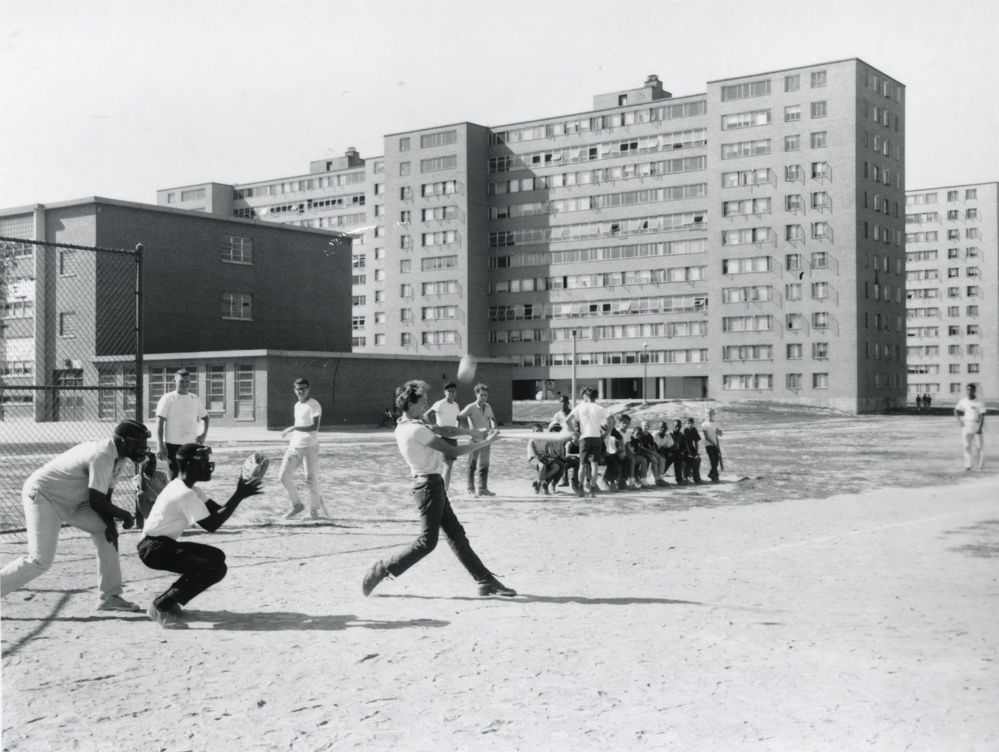 Pruitt Igoe was a large housing estate designed to be the perfect place, a kind of Utopia with everything from walking distance, it was built after WW2 in the 50’s where urban regeneration could potentially house thousands. Pruitt Igor became a failure, people loved the houses at first but during the 60s people started to move out, it was a very undesirable place, no one was there after 15years, there was a high crime rate and vandalization, in 1972 it was demolished with only the church and school left. This is similar to Corbusier’s vision, this proves it would have been unsuccessful.

World capital Germania – Capital of the world after Germany ‘Won war’ part of Adolf Hitler’s vision for the future of Nazi Germany after the planned victory in World War II. Albert Speer was Hitlers favorite architect, the building represented power of German government designed to impress and over ore submission from lesser dignitaries such as Czechoslovakia, this building was all an illusion.

Will Aslop designed the Peckham library in 2000, he predicted that this would change the city as people would act respectful but someone got stabbed and died outside, this is an example of when design can’t be used to change human nature.

“We design beautiful garden city were making progress, have everything we need but people will still hate and be horrible. People are people, human nature is inevitable” John Betjeman